It's hard to believe it was 13 years ago, back in a cold December on the little island of Guernsey, when I decided to start blogging. I'd had a static site with a few odd musings since 2000, but this was to be more regularly updated and with technical content. Blogspot seemed the easiest way to get started.

Within 18 months of regular blogging, I'd moved over to Subtext, which, being a .NET app, required Windows hosting, so I threw it on a small Shuttle PC on my home DSL. I started using it as an experiment for CSS and web techniques but, within a year, I'd had my 1MB DSL brought to its knees twice through articles featured on BoingBoing.

I did contribute a little to the project and started chatting with the maintainer Phil Haack. I'd later meet him when we both joined Microsoft years later then again at GitHub (small world). 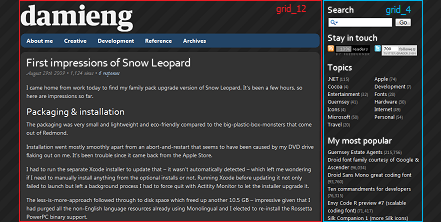 In 2007, I migrated to a PHP-based CMS that was making a name for itself called WordPress. My blog would remain on WordPress for 10 years across shared hosting, VMs, and dedicated servers.

One server got caught in an explosion at the ISP. Another time my site got pwned through a WordPress vulnerability. I switched themes several times before creating my own home-grown super-light MootStrap theme based around the BootStrap 2 layout and navbar. I messed with wp-SuperCache, attempting to improve performance and scalability before switching out the PHP engine for HHVM. Then I switched Apache out for NGINX and MySQL for MariaDB in an attempt to eke out a bit of extra performance.

I've had success with Jekyll on some other sites I run. Hosting it on GitHub pages or S3 with a CloudFront brings many benefits:

The price aspect is worth mentioning again. With the occasional bursts in traffic, my site hosting generally worked out around $40 a month for a decent VM. On AWS, I'm expecting it to max out at $3 despite these improvements and benefits.

Of course, another reason is that static-site generators are interesting, and I like to play.

Jekyll is a static site generator. You run the tool somewhere, and it produces plain HTML files with zero server-side code left in them. By its very nature is going to not have support for:

Despite this, there are some blog-friendly plug-ins, specifically: