Azure Pipelines has been interesting to me especially given the generous free open source tier and seemingly instant availability of build agents. The setup is easy if you're building .NET targets with lots of useful starters available.

Some areas have been frustrating, specifically build variables, the difficulty in getting the app installed, and the limitations on triggers if you can't (non-GitHub apps can't be installed on Enterprise accounts even if FREE).

We'll concentrate on the build variable oddities for this post.

The Pipeline configuration helpfully has a tab named Variables that looks much like you'd expect with a big list of names, values, a lock icon and a checkbox for 'Settable at queue time'. 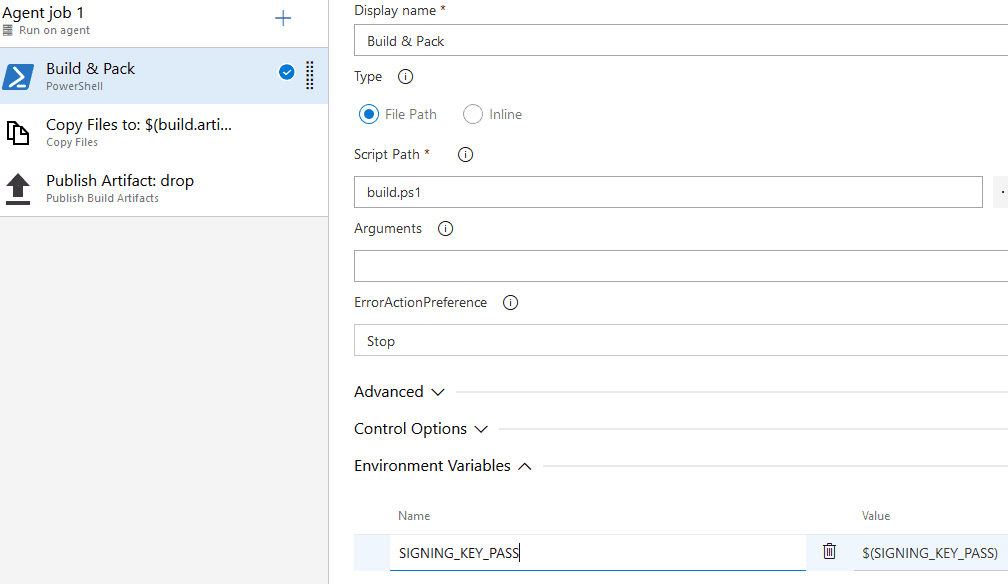 If I find workarounds for the app installations, I'll blog them!